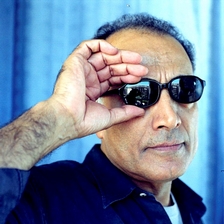 Abbas Kiarostami : Cinema has lost a poet, a storyteller, and a unique way of seeing the world (in English)

Cinema has lost a poet, a storyteller, and a unique way of seeing the world. mk2 is deeply saddened by the news of the death of one of the world’s greatest auteurs.
For nearly twenty years, Marin Karmitz had the privilege of collaborating with Abbas Kiarostami while producing The Wind Will Carry Us (1999), ABC Africa (2001), Ten (2002), 10 on Ten (2004), Certified Copy (2010), Like Someone in Love (2012) and distributing Five (2004) and Shirin (2010) in France. mk2 had currently been working on the production of his next film in China.
Marin Karmitz sends his most sincere and deepest condolences to Abbas Kiarostami’s family and relations.