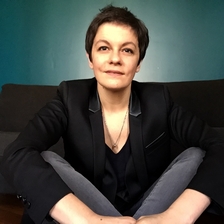 mk2 films has acquired worldwide rights to PINK FLAMINGO, a 6 x 52’ TV series that tells the story of a young man who returns home after undergoing a sexual transformation in Berlin and Montreal

“We are thrilled to be making our first foray into television fiction with a series of this caliber, and one that also fits perfectly with our lineup of films, and most notably those of Xavier Dolan. We we’re immediately seduced by writers Raphaëlle Roudaut and Virginie Sauveur’s delicate and tactful approach to this very modern subject and how they combined it with a suspenseful family drama with the kinds of twists and turns and excellent characters necessary to make a successful series”, says Juliette Schrameck, Managing Director at mk2 films.

Synopsis:
Following his father’s sudden disappearance, 30-year-old Jules Rivière returns to his native South Western France after 12 years of exile in Canada. But Jules’ sudden return upsets the already fragile family balance, as he was previously a young woman who went by the name of Julie before leaving home and beginning a gender transformation abroad.
Strangely enough, Jules seems to know more than anyone about his father’s disappearance. And what happened exactly to make Julie Rivière change genders? Then, as Jules struggles to find his father and obtain a valid passport specifying his new sexual identity, he learns that he is pregnant.