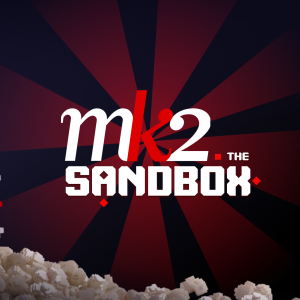 The Sandbox, a leading decentralized gaming virtual world and a subsidiary of Animoca Brands, and mk2, a leading French art-house film company, today announced they have partnered to create new film-oriented experiences set on mk2’s LAND in The Sandbox, named “mk2 Park”.

The mk2 Park will function as a cinematic carnival experience, with an open-air cinema set among the clouds above a giant carousel. The multiplayer social hub will also be populated with film-themed minigames, rides, and iconic film references. The goal is to provide film lovers with a place to play, experience, and socialize around a love of cinema in all its aspects – including the idea of a movie house as a beloved meeting spot.

“We envision the metaverse as a gathering place of diverse entertainment and culture, and it’s a pleasure to welcome mk2 as our first art-house film partner,” said Sebastien Borget, COO and Co-Founder of The Sandbox. “Together, we plan to create an entertainment destination for cinema lovers to enjoy together in the metaverse.”

Always committed to bringing cinema into dialogue with all creative fields, mk2 has been a pioneer in immersive technologies with the opening in 2016 of mk2 VR, the first virtual reality venue in Europe. The Sandbox now offers a new space for creation, expression, and social interaction and thus extends the cinema experience in a place open to all where to celebrate cinephilia without borders.

“We have always promoted another idea of cinema, as a universal art open to all audiences,” said Elisha Karmitz, CEO of mk2. “Bringing our vision into the metaverse with The Sandbox through a unique experience that celebrates cinema, is an fascinating  opportunity to gather film lovers from around the world in a new space for creation and discoveries.”

Necessary Siempre habilitado
Necessary cookies are crucial for the basic functions of the website and the website will not work in its intended way without them. These cookies do not store any personally identifiable data.
Analytics
Analytical cookies are used to understand how visitors interact with the website. These cookies help provide information on metrics the number of visitors, bounce rate, traffic source, etc.
Advertisement
Advertisement cookies are used to provide visitors with relevant ads and marketing campaigns. These cookies track visitors across websites and collect information to provide customized ads.
GUARDAR Y ACEPTAR
Cookies